Loughglynn - Ireland's only blackspot without an ambulance

Loughglynn - Ireland's only blackspot without an ambulance. Lights are on, but no ambulance and no service for 30k people 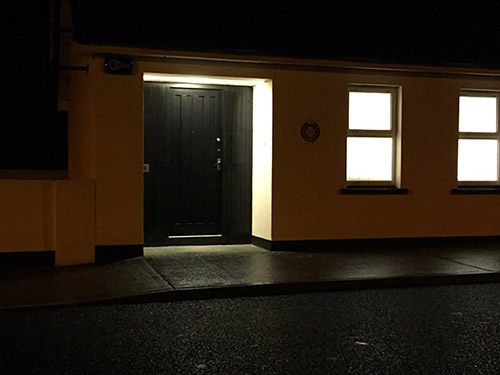 Denis Naughten TD has branded the failure by the HSE to provide a 24 hour a day, 7 day a week ambulance service at the Loughglynn base to service the West Roscommon and East Mayo area as a ‘national disgrace’.
The HSE has spent €70,000 refurbishing a garda station which had previously been refurbished and then closed, in order to provide an emergency ambulance base for Ireland’s only official ambulance blackspot.

“West Roscommon/East Mayo is now the only official ambulance coverage blackspot in the whole country without an ambulance. This led to a recommendation in a HIQA report in November 2014 calling for an ambulance to be allocated to the area without delay,” said Denis Naughten.

He pointed out that the Ambulance Review Report, released by the Health Information and Quality Authority (HIQA), described Loughglynn and West Roscommon/East Mayo as being one of three ‘well-known ambulance blackspot areas’ that ‘remain without a dedicated ambulance resource’.

“The other two ambulance blackspots, Tuam and Mulranny, were allocated a dedicated ambulance with paramedic staff permanently appointed to the stations earlier this year. So why has Loughglynn being short changed?” queried Denis Naughten.
“Bizarrely while the lights are on 24hours a day, there is no ambulance service for a population of 29,680 within 25 minutes of Loughglynn, including an international airport at Knock.

“Delays in responding to life-threatening 999 calls in East Mayo and West Roscommon, with further delays in getting to hospital, put patients at a far higher risk of dying or having serious long term complications as well as delayed discharges from hospital - which puts further pressure on acute hospital budgets.

“The people of West Roscommon and East Mayo have played ambulance roulette for long enough and the least that they deserve is the implementation of the HIQA recommendation that they have a fully operational ambulance on  24 hour, 7 day service,” concluded Denis Naughten. 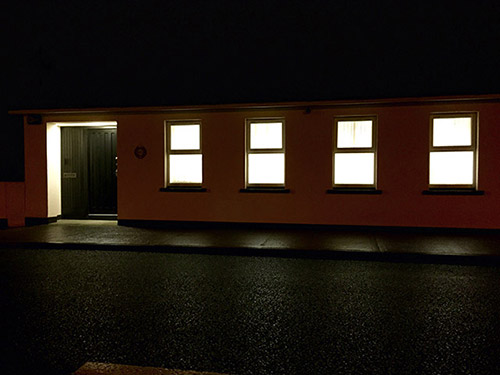 60% of those saved by flood works cannot get insurance

60% of those saved by flood works cannot get insurance – Naughten

The insurance industry is trying to capitalise on flood victims by refusing them flood insurance even though they had informed their insurer of a flood wall protecting their home, claims Denis Naughten TD.

A recent survey of the residents of the Derrymullen area of Ballinasloe, Co. Galway, who were flooded in November 2009 has shown that 60% of people cannot obtain flood cover even though Galway County Council and the OPW spent €1.5m on a flood wall.

“The flood defence was 100% effective against the most recent severe flooding and protected 100 houses in the Derrymullen area but the majority of home owners were refused flood cover, even after informing their insurer of the flood wall protecting their home,” stated Denis Naughten.

In 2011 the OPW and Galway County Council completed a flood defence wall to protect over 100 homes in Derrymullen which were flooded in November 2009. The cost of this defence was €1.5 million, yet despite this investment evidence exists relating to a lack of flood cover on properties inside the flood wall.

Since 2014 a memorandum of understanding is in place between the OPW and the Insurance Federation. This covers the exchange of information on State investment in flood defences similar to those in Derrymullen, where properties are protected to the 1 in 100 year return period.

“Clearly insurers are not considering the presence of flood defences when making their decisions, resulting in families either having to accept reduced cover or higher premiums,” concluded Denis Naughten.
Posted by denisnaughten1234 at 08:09 No comments: